Here you have Melissa Iwai's favorite picture books, and her comments on them. Melissa is the illustrator of many wonderful books, among them I'll hug you more, which I have recently reviewed. Enjoy! 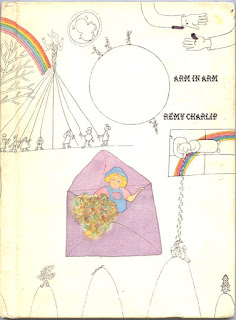 Arm In Arm
by Remy Charlip 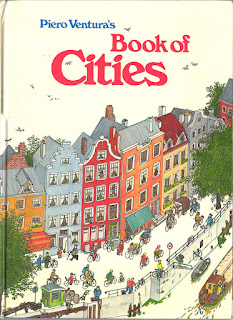 This is another childhood favorite. I remember asking my dad to buy me this book when I was a tween -- much older than your average picture book reader. I was and still am captivated by his spare, yet highly detailed illustrations of great cities in the world. He describes the unique features of each place, as well as what it's like to live there:  What are the houses like? What kind of work do people do? What do the inhabitants do for fun? Each scene is full of activity, and it is so enjoyable to see what all the tiny city people are doing. I literally wanted to live in his drawings! Now, as an adult, I'm happy to say that I've visited most of them and now live in one of my favorite illustrated city, New York! 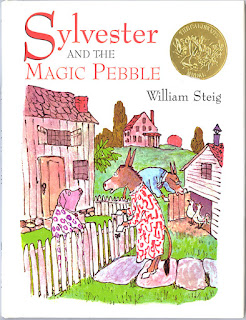 Sylvester and the Magic Pebble
by William Stieg

This classic by William Stieg, which won him the Caldecott, is a family favorite. I received it from a dear friend when I was pregnant with our son thirteen years ago. Sylvester, a donkey, comes across a magic pebble, unwittingly cuts himself off from his family, and turns into a rock. The text is straightforward and the drawings are simple, but they capture the depth of emotion and pathos and humor that is all part of life. I still can't help choking up every time I read this story aloud when Sylvester is finally reunited with his parents and they all realize that they don't need a magic pebble to grant them anything ---"they had all that they needed". 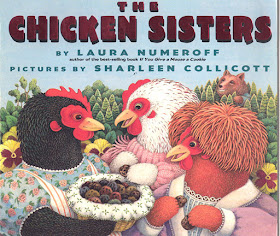 The Chicken Sisters by Laura Numeroff,
illustrated by Sharleen Collicott

Laura Numeroff delivers in this zany, hilarious story about three hens with quirky personalities (annoying to their neighbors) who drive away a scary wolf who's moved into town. On the surface the premise isn't that compelling, but the way it's executed is brilliant. The story is told in a dry, dead-pan manner, which when read aloud, is hilarious. Sharleen Collicott's amazing gouache paintings take it to another level with her humor and attention to detail. I bought this book long before we had our son, and I pored over the wonderful artwork for hours. Collicott perfectly illustrates the characters' eccentricities and their relationships with each other. And my husband and I still quote the phrase, "Boy, do I love to ____!" over a decade later, invoking the memory of the Chicken Sisters, as an inside joke. 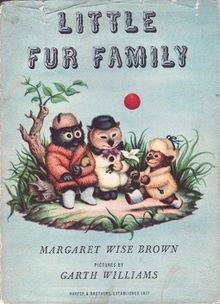 The little fur child explores the "wild wild wood" where he lives with his fur mother and father in a "warm wooden tree". Margaret Wise Brown expertly and gently writes about the fur child's exploration and discovery and growth in such simple words! And Garth Williams perfectly captures the warmth and love of the fur family, "warm as toast, smaller than most, in little fur coats". My husband and I like to believe he depicts a biracial family using animals, though Williams has never said this was on purpose. In 1959, The Rabbits' Wedding was controversial in Alabama, because some believed Williams was subliminally criticizing racial segregation with his paintings of a black and white rabbit getting married. He denied it was his intention - that he made them black and white, so he could tell them apart. 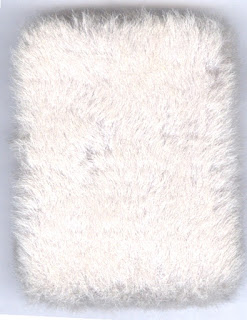 "The Little Fur Family that we own,
which was released more recently.
We love the furry book cover! :)"
Melissa